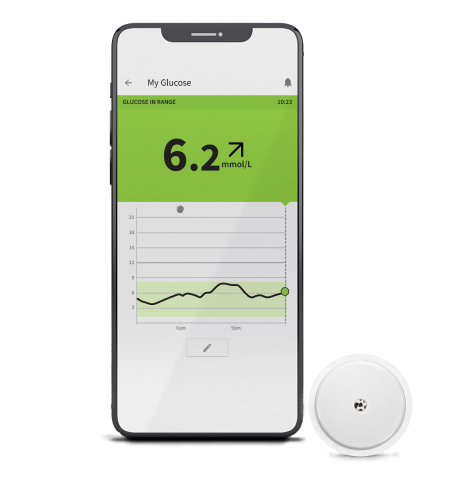 Available for iPhone and Android1.

Many of the same features as your FreeStyle Libre reader on your phone2.

The FreeStyle Libre Flash Glucose Monitoring System is indicated for measuring interstitial fluid glucose levels in people (aged 4 and older) with insulin-dependent diabetes. The indication for children (age 4 - 17) is limited to those who are supervised by a caregiver who is at least 18 years of age. Always read the instructions for use. The sensor must be removed prior to Magnetic Resonance Imaging (MRI). 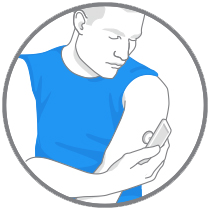 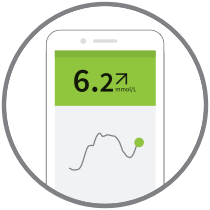 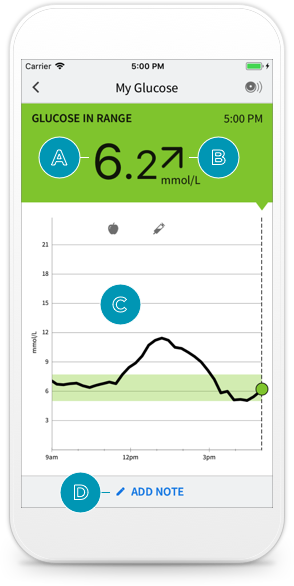 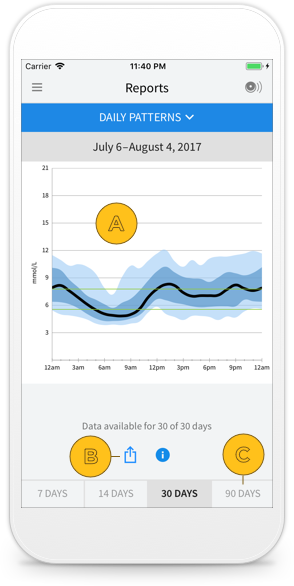 DATA STORED FOR UP TO 90 DAYS

Easier for you to stay connected and manage your diabetes 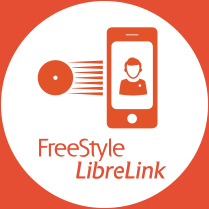 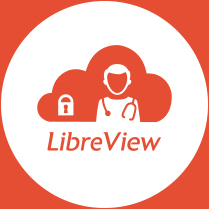 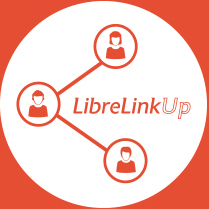 Caregivers can remotely monitor your readings5

1. The FreeStyle LibreLink app is compatible with NFC enabled phones running on Android OS 5.0 or higher and with iPhone 7 and higher running iOS 11 and higher.

3. LibreView data can be viewed in the Safari Browser on Mac OS X Mountain Lion or higher computers and on IO 6 or higher mobile devices. Currently, uploading of glucose data is only supported on Windows-based computers. Minimum system requirements are Windows Vista with IE10 or the latest versions of Google Chrome and Mozilla Firefox, running on a 550MHz Pentium III, 512MB DRAM, 2G Hard Drive, USB 2.0, LCD Screen with resolution of 1024X768.

FreeStyle and related brand marks are trademarks of Abbott Diabetes Care Inc. in various jurisdictions. Other trademarks are the property of their respective owners. No use of any Abbott trademark, trade name, or trade dress in this site may be made without the prior written authorization of Abbott Laboratories, except to identify the product or services of the company. This website and the information contained herein is intended for outside of the US only. Medi’Ray New Zealand, 53-55 Paul Matthews Road, Albany, Auckland 0632. NZBN 9429041039915. www.mediray.co.nz ADC-16043 v1.0